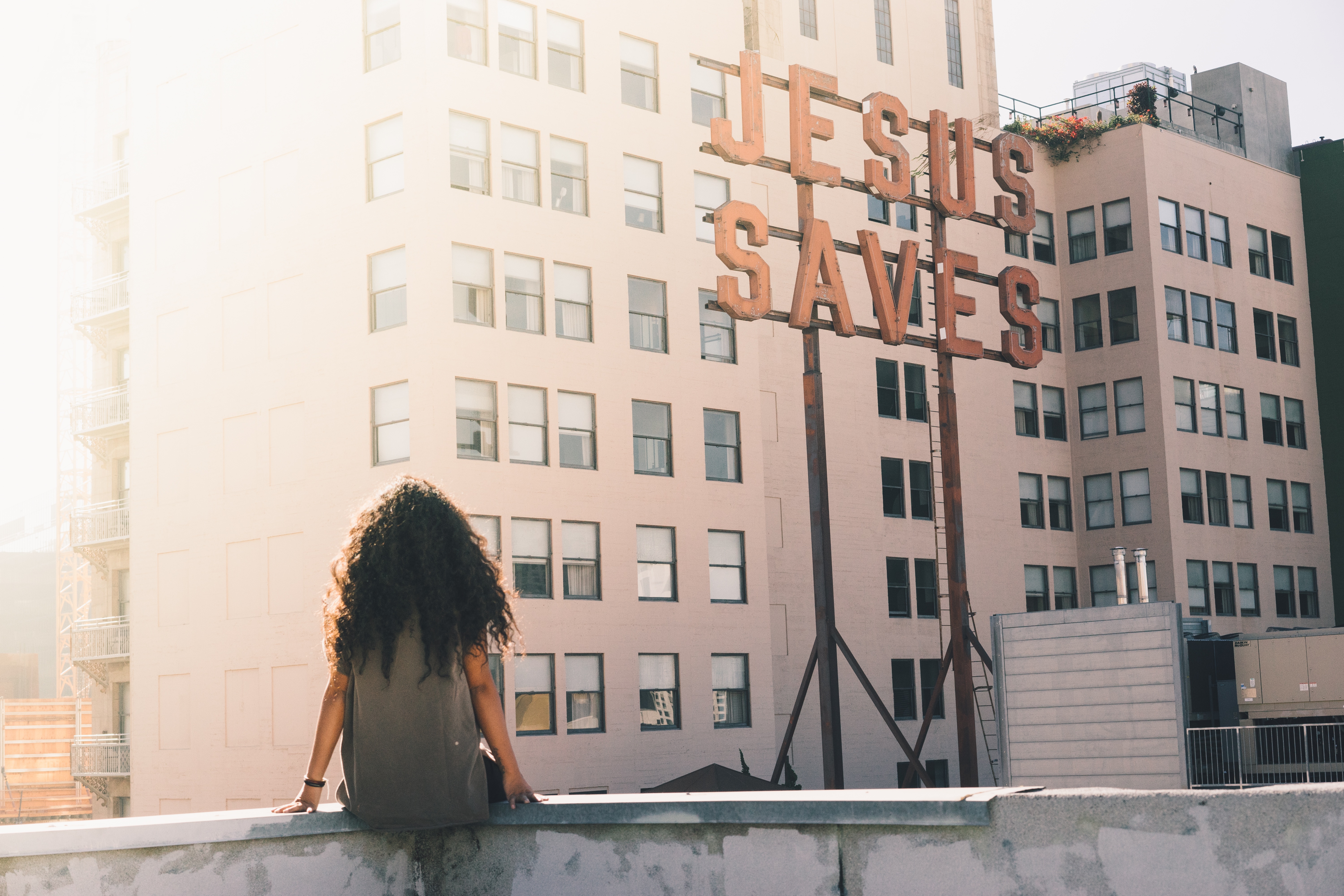 I have struggled with depression for many years and slain many dragons on my journey to the victory promised through God’s Word. If you ask me, Dr. Caroline Leaf is a Mighty General in the army of the Lord, helping to equip the believer on the battlefield of the mind. Well-meaning doctors prescribe drugs to help with chemical imbalances, but Dr. Leaf shares truths and practices from God’s Word that are the real antidote.

Through reading Dr. Leaf’s materials I have learned that our brain is neuro-plastic; it can change and regrow. We have the ability to harness the neuro-plasticity by the renewing of our minds as stated in Romans 12:2. God gives us new baby nerve cells while we sleep that we can use to tear down toxic thoughts and rebuild healthy ones. Exactly like Lamentations 3:22-23, the Lord’s mercies are new every morning; great is His faithfulness!

Thank you, Dr. Leaf! God is using you to teach us how to switch on our brains by merging science with scripture. We serve a good God that withholds no good thing from us!

Amazed by His grace.

(On August 22, 2016, I was in a freak auto accident involving three other cars. I was stopped in traffic and was rear ended by a car going close to 40 mph. In addition to a whiplash type situation, my face hit the steering wheel, even though my seatbelt was on. I ended up with a concussion and some really colorful black eyes.  I wrote the following about 12 days after the accident.

I was driving down Hazel Avenue today, going a bit out of my way to reach a location in Roseville.  I figure the more times I drive that road past the scene of the accident, during times with low traffic, the easier it will be when I have to go that way during morning traffic.

As I drove, I was listening to the audio book, Switch on Your Brain, by Dr. Caroline Leaf.  The bio on one of her sites states, “Dr. Caroline Leaf is a cognitive neuroscientist with a PhD in Communication Pathology specializing in Neuropsychology.”  She has done intensive work in the field of neuroplasticity – a fancy word that basically says that, unlike previously thought, the brain is not totally “hard-wired” if you will.  For example, if we constantly think toxic thoughts, it literally alters the structure of our brain.  On the other hand, if we constantly think more positive thoughts, our brain is altered, too.  An exciting aspect of her work in neuroplasticity and the mind-brain connection is that even if we have been plagued for years by toxic negative, self-destructive thoughts, we can learn to take more control of our thoughts and, over time, actually alter the structure of our brain in a positive way.  Our brains can be re-wired!!!

So what does all this have to do with swimming with orcas?  As I drove, Dr. Leaf was talking about steps we can take to change our thoughts, about how we can reframe our thoughts about a circumstance – how we can “take every thought captive.”  Rather than dwelling on and rehearsing toxic thoughts, how we can redirect to positive thoughts, if you will.   I laughed out loud as I suddenly remembered a dream I had in the early days after the accident.

In the dream, I was in a boat of some kind, with some other people.  That is all the detail I can recall of the boat and people.  Suddenly on orca appeared, and people were afraid.  Somehow, we ended up in the water. People were afraid. As the orca approached I felt anxious.  As it got closer, it seemed a bit agitated. I reached out and put my arm up on its side, as if hugging it. I know, that’s a lot to hug, but it was a dream, so it worked!!  With my other hand, I reached out and began stroking it right at the tip of what would be his nose, if orcas have noses. The orca stilled, seemingly enjoying the experience.  If I moved my hand away, he would get agitated again and I would start to get anxious again. But once I reached out and stroked him again, all was well.  It was an amazing experience for the Beth in the dream.  When I woke up, I just chalked it up to medication and concussion.

OK – back to Caroline Leaf and the “ah ha” that took place when I remembered the dream and laughed out loud. This was the worst accident I have been in, especially in regard to bodily injury with the concussion.  In the initial days following the accident the thought of driving again made me feel very anxious, especially thinking of driving to work. On day six, I finally got behind the wheel of a car with my daughter and drove a short distance home.  Later that day we went car shopping. I did a small portion of the test drive, then had my son-in-love push it a little harder than I was comfortable doing.  The next morning I actually drove down Hazel, past the scene of the accident.  It was early Sunday morning and traffic was light.  There was a chance I would be going back to work the next day and I wanted at least one trip down that road under my belt. (The doctor actually had me take one more week off.)  Since then, I have been out several times. I am more vigilant than previously, but growing more comfortable each time.  I have even made it a point to watch cars approaching from behind in my rear view mirror – I knew that would help desensitize the fear/anxiety response of seeing cars come up behind me.

The “ah ha” today was realizing that I had been doing exactly what Dr. Leaf was talking about.  I was heading off fear at the pass, addressing it head on, and cultivating positive thoughts, rather than dwelling on the fear and anxiety and getting into a cycle of toxic, fear-filled thinking.  I think this is captured symbolically in the dream – each time I drove, it was as if I was stroking the nose of orca and calming the seemingly threatening situation.  You know, we call them “killer whales,” but today I actually watched footage of unexpected encounters that divers had with orcas in the wild – amazing footage as these gentle giants swam around sharing the sea with their visiting guests.

I think I’m ready to go back to work on Monday!!

This time last year I had been feeling very purposeless.  I didn’t understand where God had me, I was just doing my best with the day to day God gave me.   BUT I stopped allowing myself to dream for greater things, because I was really good at supporting everyone else’s dreams and visions.   That was getting really tiring if I can be completely honest with you . . .

So one night while I was sleeping, I had a dream that I was pregnant.   A thought jumped into my head, maybe I’m pregnant?!   A baby would definitely give me purpose.   God then clearly spoke that He was birthing something new inside of me and to get ready.   Ok . . . cool . . .   A week or so later was Undone and Havilah Cunnington had a prophetic word.   She began with “There’s a baby boom that’s happening in Sacramento.”   IMMEDIATELY I was paying attention.   She continued talking about a baby boom of businesses that would be coming out of the church.   And just as fast as I was paying attention, I tuned her out.   These were the thoughts:

“I’m not smart enough for that.”

“I’m not a business woman.”

“No one takes me seriously enough for something like business.”

Little did I know, God was awakening in me a sleeping dream that I had had since I was a little girl.   Fast forward nine months and I was still feeling unsure of my purpose and calling; still supporting peoples’ dreams and visions, exhausted as ever.   THEN God spoke one morning during my prayer time; “I’m transitioning you soon.   And sooner is sooner than you think.”   The following week I was approached with a business offer to purchase a small coffee shop.  The next week was a whirlwind as I was realizing THIS WAS IT! I’ve always wanted to own my own shop.   God was giving me the opportunity to do something crazy, to wake up the sleeping dreams I’d given up on, and I jumped!

It’s been two months of being the owner and operator of Code Brew Coffee & More which is located inside of Sutter Faith Hospital in Auburn, CA.   It’s the craziest, most exhilarating, and God trusting season I’ve ever been in, and I wouldn’t trade it for anything.

By the way, from the time of the Undone Conference and me saying yes to buying the business it was 40 weeks.   (Remember?  Pregnant dream?)    We serve an amazing God!